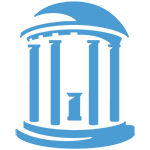 In November, Elsevier Press reviewed the research impact of universities and institutions in HIV research worldwide. The University of North Carolina at Chapel Hill is ranked number four. 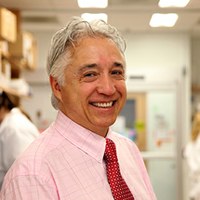 “Doctoral students Katie Mollan, MS and Bonnie Shook-Sa, MAS, along with Michael Hudgens, PhD, professor of biostatistics at the UNC Gillings School of Global Public Health, are part of an investigative team that recently received a $2.91 million award from the Bill & Melinda Gates Foundation to create an ultra-long-acting implant for HIV drug delivery.

…
The principal investigator is J. Victor Garcia, PhD, professor of medicine at UNC-Chapel Hill. Center for AIDS Research (CFAR) biostatisticians Mollan and Shook-Sa will provide statistical expertise and guidance for this study, with mentorship from Hudgens.”

Adaora Adimora, MD, MPH, the Sarah Graham Kenan Distinguished Professor of Medicine at the UNC School of Medicine and professor of epidemiology with the UNC Gillings School of Global Public Health, has been elected to the National Academy of Medicine (NAM), widely considered one of the highest honors in the fields of health and medicine. The academy recognizes individuals who have demonstrated outstanding professional achievement and commitment to service throughout their careers.

This story first appeared October 29, 2019 on the UNC Health Care and UNC School of Medicine Newsroom.

Researchers at the University of North Carolina at Chapel Hill will receive $19.4 million over the next seven years to continue their research on chronic illnesses that often accompany HIV infection, including cardiovascular and lung diseases, diabetes, and cancers. Almost half of people with HIV in the United States are over the age of 50 and are more likely to suffer chronic HIV-related comorbidities than infectious complications. The National Institutes of Health (NIH) selected UNC-Chapel Hill as one of the 13 Multicenter AIDS Cohort Study / Women’s Interagency HIV Study Combined Cohort Study (MACS/WIHS-CCS) sites after a competitive application process.

The MACS/WIHS-CCS is a collaborative research effort to understand and reduce the impact of chronic health conditions that affect people living with HIV. Adaora Adimora, MD, MPH, leads the UNC-Chapel Hill site, one of 13 across the country.

This story first appeared on October 14, 2019 on the UNC Health Care and UNC School of Medicine Newsroom.

The students, faculty and staff of the UNC Gillings School work in more than 60 countries to address urgent global health challenges. Now, with the launch of a new global hub in Zambia, they have even more opportunities to engage — and this is just the beginning. The UNC CFAR’s International Core worked collaboratively with the UNC Gillings School of Global Public Health to help launch the Zambia hub.

This story appeared first on October 11, 2019 on the UNC Gillings School of Public Health News page. 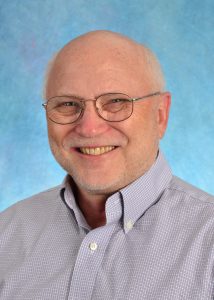 “This comes as a big surprise,” said co-senior author Ronald Swanstrom, PhD, professor of biochemistry and biophysics at the UNC School of Medicine. “Our work suggests that if we could understand the reservoir-forming process better, we might be able to intervene at the start of treatment to reduce the majority of the reservoir that forms at this time.”

Both state health departments and HIV researchers at flagship universities announced the new “Carolinas United to End HIV (CUE-HIV)” partnership to decrease the number of HIV infections by 90 percent in ten years.

CUE-HIV will specifically work to reduce the numbers of incident HIV infections in the Carolinas by 75 percent within five years, and by 90 percent within 10 years. This is in line with the reduction of the US Department of Health and Human Services (HHS) proposed through a new initiative to address the ongoing HIV public health crisis.

In a JAMA Network editorial, leading infectious diseases officials said such an ambitious initiative will “leverage critical scientific advances in HIV prevention, diagnosis, treatment, and care by coordinating the highly successful programs, resources, and infrastructure of the CDC, the National Institutes of Health (NIH), the Health Resources and Services Administration (HRSA), the Substance Abuse and Mental Health Services Administration (SAMHSA), and the Indian Health Service (IHS). The initial phase, coordinated by the HHS Office of the Assistant Secretary of Health, will focus on geographic and demographic hotspots in 19 states, Washington, DC, and Puerto Rico, where the majority of the new HIV cases are reported, as well as in seven states with a disproportionate occurrence of HIV in rural areas.” Mecklenburg County in North Carolina and all counties in South Carolina fall into these categories.

The CUE-HIV collaborative was born out of the knowledge that HIV does not stop at state borders, especially in the era of social media and on-line dating. This cohesive approach will help identify and target cross-state networks particularly in rural areas where stigma is a driving impetus to find partners away from home in larger cities and counties.

CUE-HIV is an interstate collaborative created to address the disproportionate HIV burden in the Carolinas driven by our states’ unique intersection of stigma, poverty, and limited resource allocation. Our initiative employs a multifaceted strategy designed to promote awareness, decrease stigma, expand funding, and improve resource availability with one ultimate goal: ending the HIV epidemic in the Carolinas. We believe that our united front will prove far more impactful than the sum of our individual parts.

This story first appeared July 8, 2019 on the UNC Health and School of Medicine Newsroom. 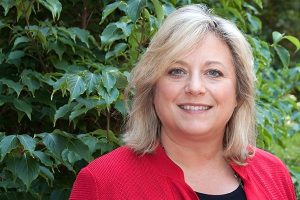 Dr. Angela Kashuba, Director of UNC CFARs Clinical Pharmacology and Analytical Chemistry Core, has been selected to serve as the next dean of the UNC Eshelman School of Pharmacy. This appointment is effective October 1st. To read more about her appointment, read this letter from Robert Blouin, Executive Vice Chancellor and Provost.

The UK PARTNER study published its findings on May 2 in the Lancet, concluding that the risk of infection between male partners is zero if the virus is fully suppressed by antiretrovirals. In the Guardian’s coverage of the study, they quote UNC CFARs Myron Cohen’s commentary on barriers to care:

“It is not always easy for people to get tested for HIV or find access to care; in addition, fear, stigma, homophobia and other adverse social forces continue to compromise HIV treatment,” he said.

“Diagnosis of HIV infection is difficult in the early stages of infection when transmission is very efficient, and this limitation also compromises the treatment as prevention strategy.”

Jeff Stringer, director of UNC CFAR’s International Core, is leading two studies to improve pregnancy outcomes in the world’s poorest countries. The Bill and Melinda Gates Foundation has awarded $14 million to Stringer’s interdisciplinary team, composed of researchers from the UNC School of Medicine and UNC Gillings School of Global Health. Read more about this at the UNC Health Care and UNC School of Medicine Newsroom.