From the UNC Health Care and UNC School of Medicine’s Newsroom article,

The first segment of this “Peer Exchange” series delves into a discussion on screening and prevention of HIV. In the second segment, the experts provide a brief overview of the current HIV treatment landscape. The third segment focuses on additional considerations for therapy, such as the importance of adherence to treatment and care. In the final segment, our experts discuss upcoming treatment options that are exciting for the HIV community.”

The study focused on participants’ forum use of healthMpowerment, an anonymous online intervention system designed by Hightow-Weidman. Investigators analyzed conversations according to the four forms of resilience behaviors: exchanging social support, engaging in health-promoting cognitive processes, enacting healthy behavioral practices and empowering others. Their findings suggest that interventions based on resilience and empowerment may position black GBMSM to better combat negative stereotypes and social institutions that perpetuate HIV-related stigma, racism and blame. This is in contrast to preexisting risk-based frameworks that may reinforce stigma and negative stereotypes associated with this already marginalized group.

For our January 2019 webinar, Brian Mustanski, PhD, presented “Don’t assume if you build it they will come: Two hybrid effectiveness-implementation trials of eHealth HIV prevention programs for diverse adolescent and young adult MSM.” In case you missed it, a recording can be viewed here.

Next month’s webinar is planned for February 25th at 3:30 ET and will feature Robin Lanzi and Pam Foster from UAB CFAR discussing the Inter-CFAR Faith Initiative Working Group. The 2019 webinar schedule and registration information can be found here.

Brian Mustanksi, PhD, is director of the Institute for Sexual and Gender Minority Health and Wellbeing at Northwestern University, Co-Director of the Center for Prevention Implementation Methodology for Drug Abuse and HIV, and Co-Director of the Third Coast Center for AIDS Research. Additionally, he is a professor of both Medical Social Sciences and Psychiatry and Behavioral Sciences at the Feinberg School of Medicine. Dr. Mustanski’s research focuses on the health and development of LGBT youth and the application of new media and technology to sexual health promotion and HIV prevention with young men.

After 30 years of contribution, UNC CFAR Associate Director Myron “Mike” Cohen, MD will step down from his position as Chief of UNC Division of Infectious Diseases. Learn more about Cohen’s influential career, including his recent appointment to the National Institute of Health Fogarty Advisory Board, where he will join other researchers and policymakers providing oversight to global research projects. Cohen will continue directing the Institute for Global Health and Infectious Diseases (IGHID), serving as Associate Vice Chancellor for Global Health, and working with UNC CFAR.

The incoming Chief of UNC Division of Infectious Diseases is Joseph Eron, MD, who also serves as director of the UNC CFAR Clinical Core, professor of medicine, and adjunct professor of epidemiology. 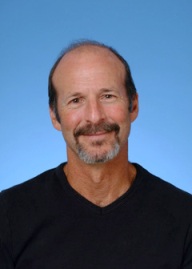 NCATEC will be hosting “PrEP Open House: What Doctors Need to Know; What Patients Need to Ask” on Friday June 29 from 2pm to 3:30pm in the first floor auditorium of the Bioinformatics Building (130 Mason Farm Road) on the campus of UNC-Chapel Hill.  Public parking is available across the street.

This training will address clinical PrEP basics for those interested in prescribing this one-pill-a-day regimen for the prevention of HIV.  The presentation will also cover questions that consumers would want to ask themselves about their readiness to take PrEP and whether or not PrEP is right for them.  The training center will review its online PrEP resources for providers and consumers and review PrEP materials available in English and Spanish.

Please register early as we expect a strong interest in this training.

Before HIV transmission was well understood, factor 8, a protein important to blood clotting, was often pooled from hundreds of untested blood donations.  This exposed hemophilia patients like Ryan White to HIV; in an article for PBS Newshour, Dr. Howard Markel recalls that “virtually every hemophiliac [he] treated in the mid-1980s has since died from AIDS.”

Ryan White was a teenager living with hemophilia during this time period.  He was diagnosed with HIV in December, 1984, and became an eloquent spokesperson for people living with HIV.  Among other forms of stigma, Ryan White was initially not permitted to attend school after his HIV diagnosis.  After winning a court case to resume in-person attendance at school, Ryan and his family faced intense hostility from community members, and relocated to Cicero, Indiana.

In a short video interview with The Body, an HIV/AIDS-specific service of Remedy Health Media, Dr. Myron Cohen, MD, Associate CFAR Director & International Core Associate Director,  shares a personal anecdote about a patient whose wellbeing was rapidly transformed with the introduction of antiretroviral therapy (ART).

“It was an amazing realization that this medicine, which we’d been told could stop the replication of HIV, I was seeing it before my eyes, and that was really something I’ll never forget.” -Myron Cohen

This interview is part of a series of interviews conducted by Myles Helfand on behalf of The Body.  Helfand asked HIV care providers to share anecdotes about the most inspiring moments in their careers.

He also interviewed Dr. David Wohl, the Co-Director of the North Carolina AIDS Training and Education Center (NCAETC) and Dr. David Margolis, the Director of the UNC HIV Cure Center and Principal Investigator at Collaboratory of AIDS Researchers for Eradication (CARE). 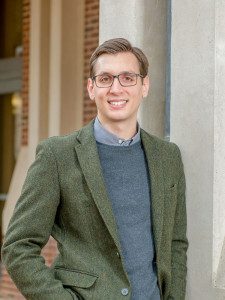 Each department may nominate three current masters or doctoral students or recent graduates per year for the Impact and Horizon Award.  Their research should have direct impact on North Carolina.

On Thursday, April 5, Thibaut Davy-Méndez will receive one of the 2018 UNC Graduate Education Advancement Board Impact Award for his work related to antiretroviral therapy resistance.  Of particular import was his contributions to a study whose findings were presented at the 2017 Conference Conference on Retroviruses and Opportunistic Infections (CROI): resistance to newer classes of antiretroviral drugs was significantly lower than older classes of drugs.  These findings, Davy-Méndez believes, will help UNC HIV care providers inform their clinical practice.

A Research Assistant with the UNC CFAR Clinical Core, Davy-Méndez credits the support of his mentors Joe Eron, MD, and Sonia Napravnik, PhD.

The Sarah Graham Kenan Award recipients will receive five-year, renewable terms, and are subject to a rigorous review process. 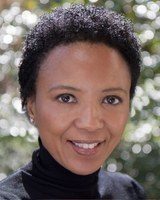 As the Sarah Graham Kenan Distinguished Professorship is one of the most prestigious awards given my the UNC Chapel Hill School of Medicine, each candidate was subject to a rigorous review process.  After a preliminary review by a committee of distinguished School of Medicine professors, the Dean’s Advisory Committee, the University’s Health Sciences Advisory Committee, the UNC Chapel Hill Board of Trustees, and the Appointment, Promotion, and Tenure Committee evaluated the accomplishments of each professor.

For more details about the history of the Sarah Graham Kenan Award, as well as information about each of the awardees’ accomplishments, please visit the UNC Health Care and School of Medicine Newsroom.