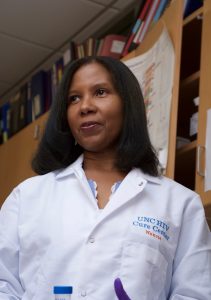 Exposing hidden HIV reservoirs so that they can be cleared is a strategy being tested in efforts to develop therapies to cure the nearly 40 million people worldwide living with HIV. Researchers at the University of North Carolina at Chapel Hill have shown that interval dosing of the drug Vorinostat reverses HIV latency and is well-tolerated in people living with HIV. However, while Vorinostat makes latent HIV easier to detect, it does not clear or deplete infection, meaning additional advances will be needed to achieve a cure. These results were published in the Journal of Clinical Investigation on July 17.

The team studied Vorinostat in 16 patients living with HIV whose viral load was controlled through standard antiviral therapy. Doses of Vorinostat were administered at 48 or 72-hour intervals. The team found that HIV could be more easily detected within latently infected CD4+ T cells when Vorinostat was administered once every three days, even though control of viral load in the blood was maintained.

“We showed that a single dose of Vorinostat could expose the hidden virus several years ago, but it has taken two studies over the last five years to define the proper interval dosing strategy to use Vorinostat safely and effectively,” said Nancie Archin Ph.D., lead author of this study and an assistant professor in the Division of Infectious Diseases at UNC. “Now we can attempt to chip away the viral reservoir.”

Over a month of treatment with Vorinostat few side effects and no serious toxicities were seen, but depletion of latent infection was not found. The team believes pairing a latency reversing agent, like Vorinostat, with an antiviral immune therapy, such as a vaccine or an antibody capable of recognizing and clearing the latent cells, will be needed to achieve a cure. 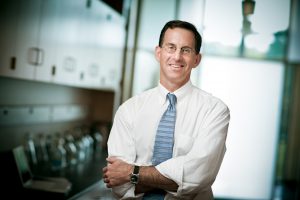 “We have now been able to begin two small, intensive studies pairing Vorinostat with an anti-HIV vaccine produced by Argos Therapeutics, or with an infusion of antiviral immune cells prepared by Cath Bollard’s laboratory at Children’s National Medical Center, in an attempt to test combined approaches to clearing HIV infection,” said David Margolis, M.D., director of the UNC HIV Cure Center at the UNC Institute for Global Health & Infectious Diseases. “We do not expect immediate success, but hope to make progress towards the goal of developing treatments that someday might clear HIV infection.”

The team at the HIV Cure Center collaborated with researchers in the Departments of Medicine, and Microbiology and Immunology in the School of Medicine, the Gillings School of Global Public Health, and the Eshelman School of Pharmacy on this study. Merck Sharpe & Dohme provided Vorinostat, and the National Institutes of Health funded this research.